Properties: 28 ha. of volcanic soils located near the village of Episkopi Gonia in sourtheastern Santorini. Some of their vines, at 200 years old, are the oldest vines on the island 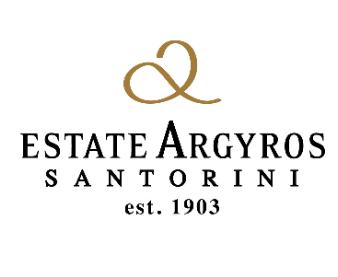 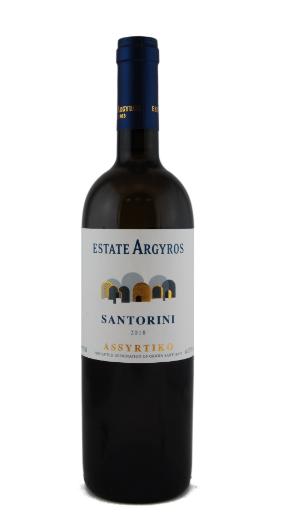 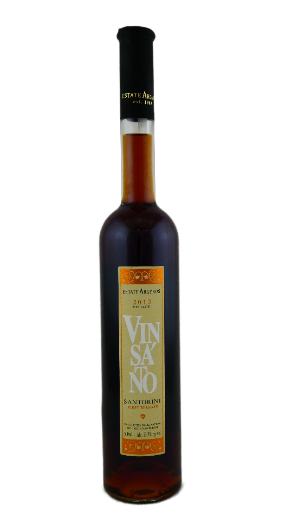 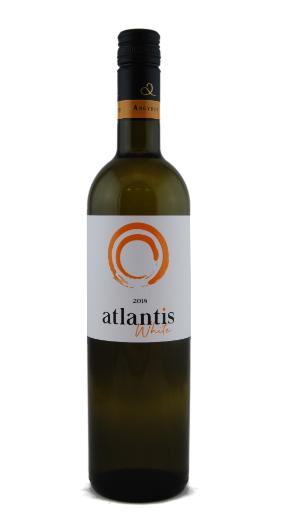 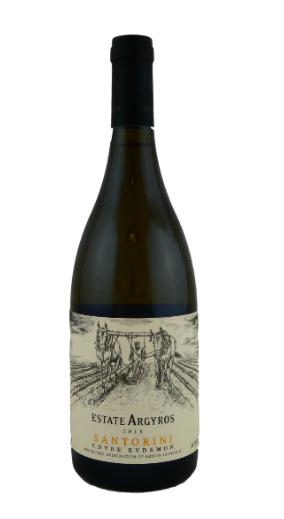 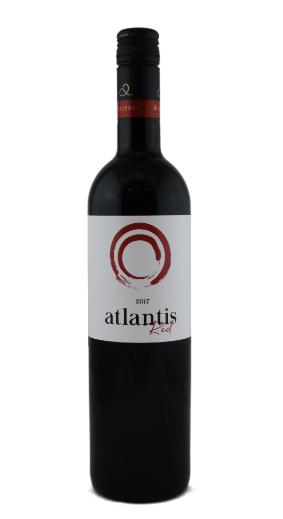 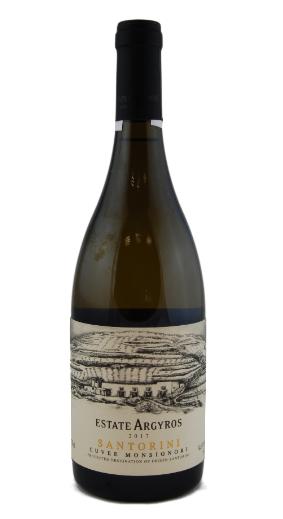 The harsh, volcanic soils of Santorini offer a remarkable range of wines… from the bone-dry, minerally whites made from the indigenous Assyrtiko grape to the opulently rich and sweet Vinsanto, made from sun-dried grapes, that have been fermented and barrel-aged for decades. Remarkably, these diverse wines share a common element, a bracing acidity, which makes Santorini’s wines so food-friendly and as Hugh Johnson stated “the most original and compelling” of all the Greek Islands . Established in 1903, Estate Argyros began as a 2 ha. family vineyard in Episkopi Gonia, a village in the southeastern region of Santorini. It was tended by Georgios Argyros, the present owner’s great grandfather, and the wines produced were sold mainly in the local market. During the 1950’s the estate tripled in size and by 1974, under the stewardship of Yiannis Argyros, it reached its present extension of 28 hectares. It was Yiannis who introduced modern technology to Estate Argyros and worked to combine the family tradition with modern viticulture and winemaking. During this time, Santorini became well-known for its high quality white wines, and the name Argyros became known as one of the top quality producers. Matthew Argyros, the estate’s 4th generation family winemaker, remains faithful to the principals of his ancestors, and plans to improve further still the wines of Estate Argyros…a difficult task given that they have been twice ranked as one of the world's best 100 wineries by Wine & Spirits magazine. The vineyard is located in Episkopi Gonia on volcanic soils, with an altitude of 35-150m, oriented to the east and south-east. The vines are formed in the traditional crown which protects the grapes from the dry winds and conserves moisture, for the same reasons as the pruning system used in Lanzarote. Estate Argyros owns one of the oldest vineyards on the island, parts of it being more than 150 years old. Given the water stress and age of the vines, yields are very low in Santorini. At Estate Argyros, this is about 3.5 tonnes/ha. Harvest lasts for one month, normally from from 10 of August until 10 September. The cultivation and the winemaking in Estate Argyros are based only on local varieties from Santorini, and there is a continuing effort to revive the islands ancient and rare grape varieties. At present, they work with Assyrtiko, Athiri, Aidani, Mandilaria, Mavrathiro, Mavrotragano and Voudomato. 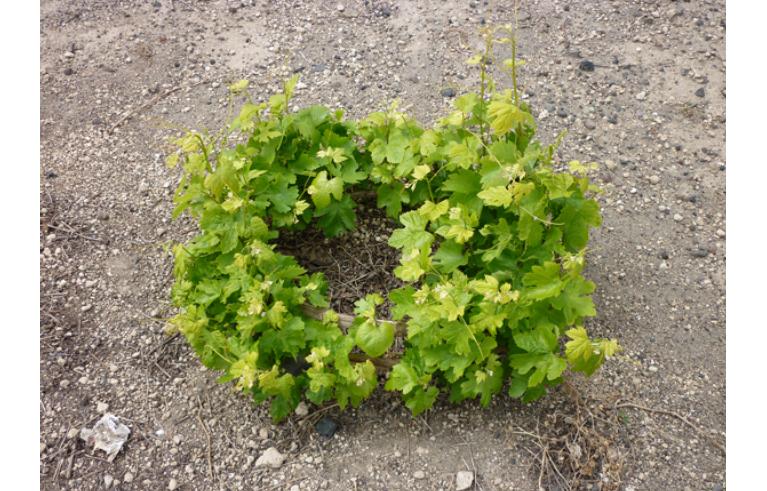 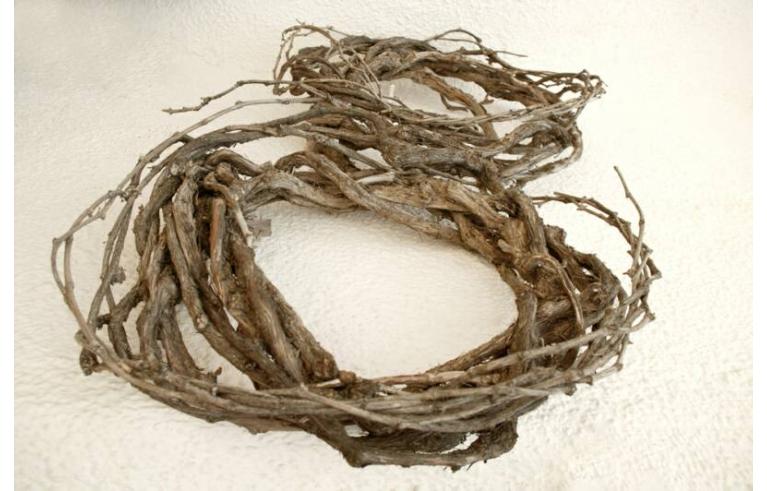 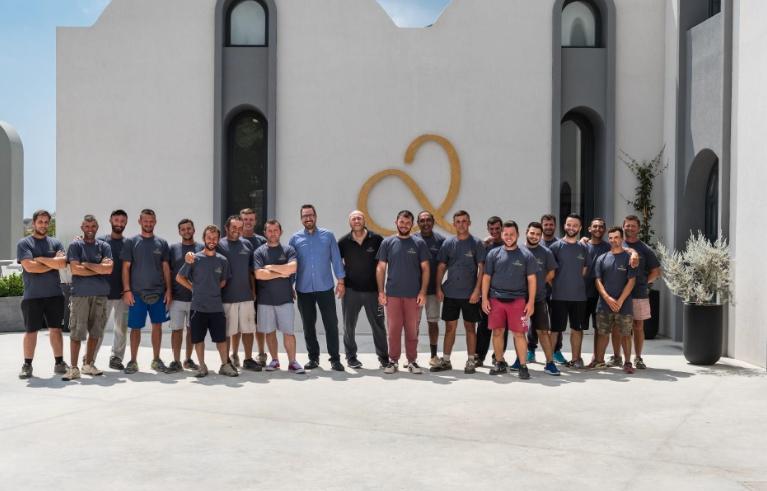 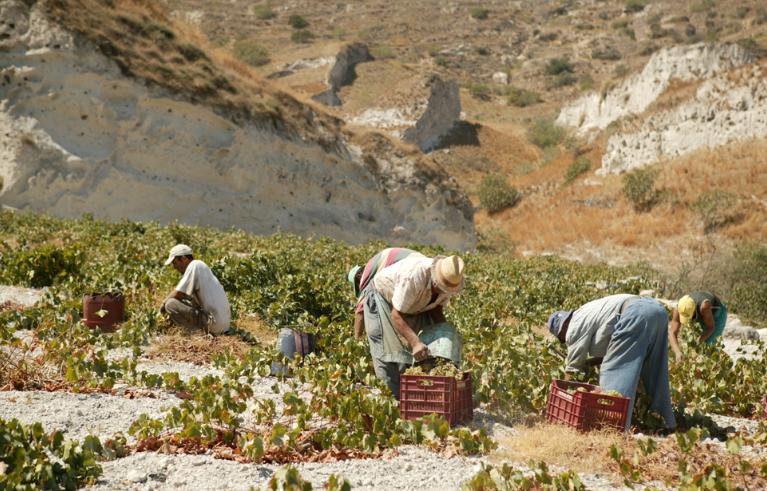 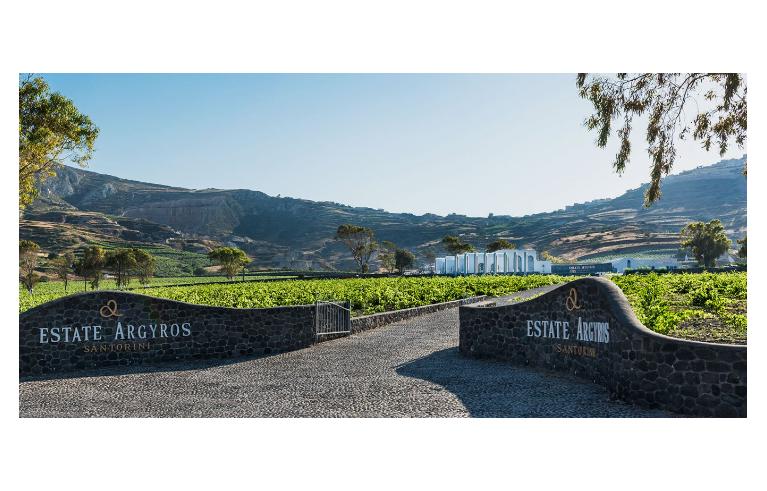 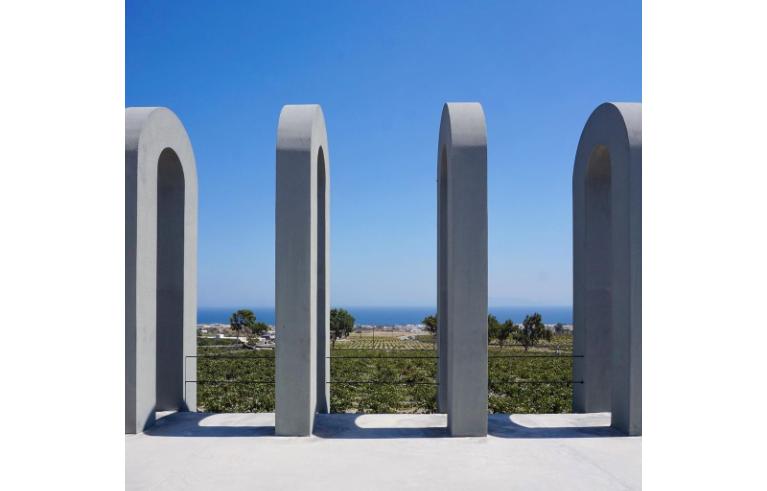